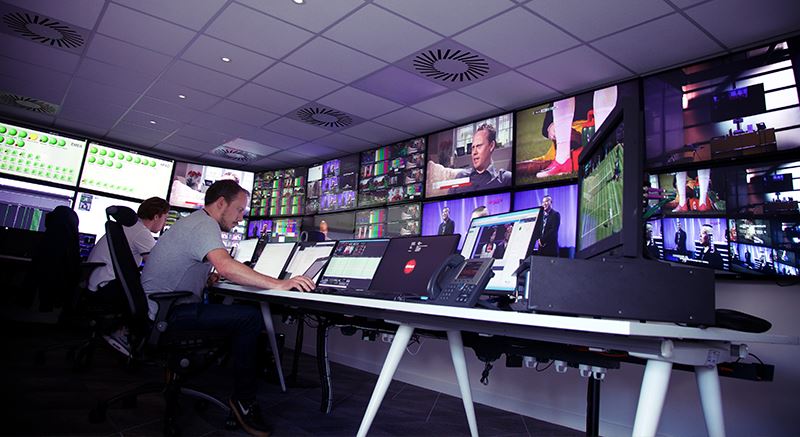 Theater goers have not exactly flocked back to movie houses in the U.S.

A slow stream of new releases began in August. The month of September saw the release of Tenet, a planned summer blockbuster from noted director Christopher Nolan. The viewing public’s response was underwhelming. After months of COVID-19 forced closures, Tenet failed to earn $30 million in its first two weeks in theaters.

Although theaters are still closed in the two largest markets (New York and Los Angeles), the New York Times reports 68% of the theater marker was open for Tenet, but it landed with a whimper.

The economic toll has been well reported.

According to the Los Angeles Times, the summer typically accounts for 40% of annual movie ticket sales. The Times article, citing data from Wedbush Securities, reports North American box office revenues will total $4.4 billion in 2020, down 61% from last year.

The landscape has forced Warner Bros. to push the release date of Wonder Woman 1984 to Christmas Day, the sixth such delay for the highly anticipated feature. Other movies could be moved.

Will the industry rebound in the near future?

“It will take both experience and tenacity to make it through to the other side, but we are confident that good companies with strong fundamentals and capable leadership will not only survive this crisis, but thrive,” Platinum Equity Chairman and CEO Tom Gores said.

As with previous investments during economic downturns, Platinum Equity and its Small Cap team are anticipating a comeback from the movie industry and other segments of the economy impacted by the pandemic.

In July, Platinum announced the acquisition of Deluxe Entertainment Services’ distribution business. Former Deluxe CEO Cyril Drabinsky, who left the company in 2016 to found CineVizion, a similar company, returned to lead the business as CEO under Platinum’s ownership. As part of the transition, CineVizion’s assets were integrated into Deluxe, a company providing solutions to the world’s leading movie production studios and distributors.

“It will take both experience and tenacity to make it through to the other side, but we are confident that good companies with strong fundamentals and capable leadership will not only survive this crisis, but thrive,” Platinum Equity Chairman and CEO Tom Gores said.

The Deluxe and CineVizion acquisitions represent the fourth and fifth transactions from the Small Cap team in recent months.

“We satisfied ourselves that Deluxe is a company that remains an important partner to studios and plays a vital role in the distribution of theatrical and over-the-top media services,” Platinum Equity managing director Dan Krasner said. “It was in a good market position. Are movies going to come back? We’ve made the bet that yes, movies will eventually return.”

Platinum’s operations team added it is still able to implement a comprehensive transformation program in this challenging environment.

On the same day the Deluxe deal was announced, Platinum also announced the acquisition of L&R Distributors, a growing wholesale distributor of consumer products servicing more than 17,000 retail locations throughout the U.S.

The firm is no stranger to investing during times of dislocation. Platinum was one of the most active private equity firms deploying capital during the financial crisis more than a decade ago.

Krasner, who led the Deluxe/CineVizion deals, expects similar transactions before the end of the year.

For Platinum, the Small Cap team’s focus on the lower-middle market extends back 25 years to the firm’s founding by Gores in 1995. As Platinum has moved up market and raised larger pools of capital, it maintained a presence there and in 2018 completed capital raising for its first dedicated small cap fund, which was oversubscribed at a hard cap of $1.5 billion.

It has helped Platinum during the current economic downturn. While deal activity declined across the board in the first half of the year when compared to 2019, the lower-middle market proved a bit more resilient for private equity, according to a Bloomberg Law analysis.

Platinum has taken advantage, continuing to deploy capital and provide divestiture solutions to sellers in need.

Take the L&R deal that was in the works for a long time, which allowed for Platinum to become very familiar with the management team.

Then the pandemic hit.

Similar to how the Farnese Vini deal unfolded, the pre-transaction relationship developed trust, according to deal leader Nick Fries, a Platinum principal.

“We were able to really get a feel for the business and ultimately close the deal,” Fries said. “It’s an example, there are hundreds of them, but that’s probably the most recent one of Platinum’s capability.”

“I’ve been here now 13 years, and every year has been a bigger year than the last,” Fries said. “We have a well-deserved reputation of knowing how to get the deal done. And having been around 25 years now, there’s a lot of people that have seen a lot of different kinds of situations. It’s pretty rare that we step into one that we haven’t had experience dealing with. That means we have the ability to think through and navigate all kinds of complexity as we weave our way into deals.”