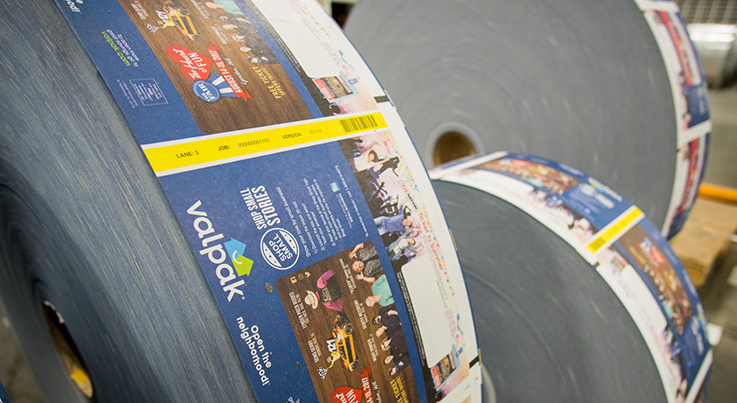 The state of Ohio allowed restaurants to resume dine-in services on May 21.

But when reached shortly after Gov. Mike DeWine’s executive order allowing eateries to resume limited operations after being forced to close in March in an effort to mitigate the spread of COVID-19, restaurant owner Frank Fusco had yet to resume seating diners.

He took his time, making sure he could adhere to regulations created to provide a safe environment for customers eager to consume pizza and pasta at Frankie’s Italian Cuisine, which is located in a Cleveland suburb.

He could afford to be patient. An ongoing takeout operation kept the doors open and has allowed the eatery to more than weather the months without higher margin alcohol services.

The takeout business performed well before COVID-19 and the restaurant was positioned to boost that portion of the bottom line.

Efforts were further enhanced by Valpak, a direct marketing company based in St. Petersburg, Fla., that reaches more than 37 million households with a monthly envelope stuffed with coupons and discounts. The company also provides postcards, social media and online advertising services.

“It was just exposure,” Fusco said. “It helped me get my name out there to bring in more takeout and delivery business to help offset the cost of a closed dining room.

“I got something like 50, 60, 70 percent of the business back and there’s some days where I did 100% of the business that I did when I had a dining room open. Some days have been off the charts fantastic and I got to assume that was a big part of it because all my other media advertising stayed the same or dropped off.

“Valpak was the only thing we increased in marketing.”

The programs introduced by Valpak to help its 40,000-plus local and regional clients were the result of nationwide brainstorming and collaboration from company executives and sales representatives.

“Since Platinum purchased Valpak we have become a cohesive sales team,” Valpak sales director Lynn Yopko wrote in an e-mail. “It is no longer 150 different franchises doing their own thing. (Platinum has) given us the tools, processes, and systems we have needed for some time. …”

Since the private equity firm purchased Valpak from Cox Target Media in 2017, significant operational changes have been made.

“Since Platinum purchased Valpak we have become a cohesive sales team,” Valpak sales director Lynn Yopko wrote in an e-mail. “It is no longer 150 different franchises doing their own thing. (Platinum has) given us the tools, processes, and systems we have needed for some time. …

“The programs put in place by Valpak Corporate offering our struggling clients and prospects additional areas, larger formats and on-pak visibility have proven to help them recoup lost revenue quickly.”

Many sectors of the economy have been crushed by social distancing measures enacted by state governments to fight COVID-19.

The requirements have particularly damaged restaurants.

The Independent Restaurant Coalition, a trade group, and the James Beard Foundation released a survey in April that 80% of independent restaurant owners in areas under shutdown orders weren’t sure they would be able to re-open when restrictions were lifted.

Even when allowed to re-open, restaurants will adjust to doing business with COVID-19.

There must be distance between tables, and the threat of an outbreak remains. Five Houston-area restaurants had to re-close recently because workers tested positive for the coronavirus, which causes COVID-19. Some spikes around the country have government leaders considering a second shutdown.

Difficult terrain remains, but just to have a chance in the future, Frankie’s had to navigate the present.

Enter Valpak.Fusco was able to see the impact of the expanded reach when customers from the added zone brought the coupon in for takeout orders.

Frankie’s also benefitted in May when its logo – along with the 20% off coupon – was placed on the front of the envelope in the Cleveland market. It was a direct benefit from the “Show Your Love, Shop Local” initiative.

“That’s something (Frankie’s) never been able to do since he’s been mailing with me and he’s been extremely thankful and appreciative of what we’ve been able to bring to the table to help him with awareness of what’s happening in his location, give him a little bit more reach for more consumers and also give him some brand recognition in those (new) neighborhoods,” Yopko said.

Yopko, a Valpak veteran of 22 years, has a unique perspective as a sales director and franchise owner.

Since Platinum acquired the business, she’s seen Valpak launch new sales tools and increase its use of technology.

That’s led to better communication. If something works in one market, there’s freedom to move to other areas.

“We’re able to share that with our clients and give them some ease in saying let’s try it,” Yopko said. “Gets them a little more comfortable and not worry they’re inventing something. It already worked somewhere else.”

She said long-time clients like Fusco become friends, which creates a desire to help when tough times strike.

Fusco, who has resumed dine-in service at the restaurant, said he plans to become more aggressive with Valpak advertising in the future after seeing the effectiveness because other forms of messaging were not available in the early days of the crisis.

Valpak is in position to help with 20% of the company’s clients coming from the dining and entertainment sectors.

“Talk about brand awareness and getting our name out,” Fusco said. “We’ve been here 50 years … but it was a little more chatter for us.”