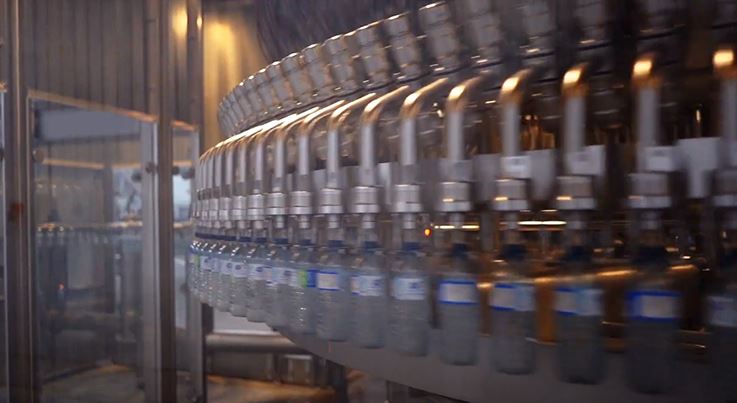 The brief conversation made cinematic history.

In The Graduate, a young Dustin Hoffman plays Benjamin Braddock, who gets career advice from a family friend shortly after college graduation.

Benjamin: Exactly how do you mean?

Mr. McGuire: There’s a great future in plastics. Think about it. Will you think about it?

Benjamin: Yes, I will.

Husky Injection Molding Systems CEO John Galt, who joined the company in 1985, chuckles slightly after mentioning the scene when asked about the negative perceptions surrounding plastics.

He recalled a time when plastic was viewed as a manufacturing dream as it surpassed traditional materials like glass or metal because of the ease it can be molded into multiple forms.

But the perception changed. A seminal moment came in 2004 when noted marine biologist Richard C. Thompson coined the term “microplastics” for a study published in the academic journal Science Magazine. The term refers to the tiny specs of plastic that pollute the environment.

But the strengths of plastics remain. One form (polyethylene terephthalate) is preferred for many containers like beverage bottles and most Husky clients use it.

It is light, sturdy and can be made at low cost. It forever improved consumer safety and the shelf life of food and beverages.

Medical grade PET, which takes form in personal protective equipment, ventilators and other applications, has been at the forefront of the fight against COVID-19. A recent study estimates the global market reach of medical plastics to reach $28 billion.

Consumer goods companies are attracted to the material for what it can provide and for future uses like the branding of iconic packages.

And according to Ice River Springs sustainability manager Crystal Howe, Husky’s manufacturing know-how leads to sustainable solutions. The Canadian family-run company set a goal to manage its own recycling process and manufacture its bottles from 100%, recycled, post-consumer packaging a decade ago.

It was a goal that Husky, a leading manufacturer in plastics production, made possible.

“Husky’s been with us since the very beginning,” Howe told Platinum Equity. “Before we even looked at recycled content and our bottle, Husky was helping us with light weighting, reducing our plastic consumption.

“When we made that decision to move to a 100% recycled bottle, Husky stuck with us when everybody else said: ‘This is not possible. It’s not going to happen.’”

Husky, based just outside of Toronto, is a major supplier of injection molding equipment and services to the plastics industry with PET as its main form of plastic which is 100% recyclable. The company’s knowledge is used to manufacture a wide range of products such as bottles and caps for beverages, containers for food, medical components and consumer electronic parts.

The criticism of plastics is well documented. U.S. jurisdictions have instituted bans or fees on various types of plastics like bags or carryout containers which are often manufactured with plastics that are not easily recyclable.

When Platinum was considering the investment before the 2018 acquisition, the negative perception was mentioned as the first risk in the deal thesis. It was helpful that 85% of Husky’s business comes from recyclable plastics.

Husky provides a supplier the ability to make a sturdy, but light receptacle. After recycling, it can be remolded, sort of like Play-Doh.

“It gets reused, reshaped and you have fresh new bottle,” Husky vice president of innovation and sustainability Joachim Niewels said.

A complete ban of plastics is not practical since it is a vital component in electronics, automobiles, food and beverage, medicine and many other applications.

“There’s so many applications you take for granted,” Niewels said. “When you get out of bed, you brush your teeth. When you get in your car and put on your seatbelt.

“Everything helps you to use less energy because the cars would be much heavier if they were made of steel. You would have a lot of things that were not as convenient and as safe. I think people forget how much individual packaging helps protect health.”

In response to the criticism, Husky made the internal decision recently to put a focus on sustainability to educate the market on the aspects of PET relative to other substances and market the company’s role and future opportunities.

“We realized that new product development couldn’t just focus on making new parts,” Galt said. “We had to increasingly look at our manufacturing solutions from the perspective of the parts’ full lifecycle.

“We feel our job is to place ourselves in the role of our customer and solve the problems most valuable to them.”

The path to sustainability

Luckily for Ice River Springs, water bottles are ready for recycling the moment a consumer drains the last drop.

It still took a commitment from the company founded by Howe’s parents.

It led to the creation of a system where Ice River Springs sells material onto the market, purchases materials back from that market and restarts the cycle.

“I think that Husky is a good partner to have because I know that they are constantly looking for better ways to do things,” Howe said. “They can do so many different test runs, and they’re always looking to take care of their customers. We have an open discussion channel. We can share information and we can help each other out to achieve whatever goal we want to achieve.”

Husky officials look across the Atlantic Ocean at European countries that generate about almost 100% recovery of materials, according to Galt. And when told that PET is recyclable, perceptions are adjusted. A company-initiated third-party survey conducted earlier this year in Ontario found 82% of participants would prefer to recycle PET rather than seeing an outright ban.

“If we continue to pollute, we will draw a greater attention to the problem and we will find ourselves legislated out of a business,” Galt said. “It’s an issue on the forefront of consumer minds so actively getting involved in solving the problem makes sense.

“I think the problem can be solved and we’re the company to solve it.”