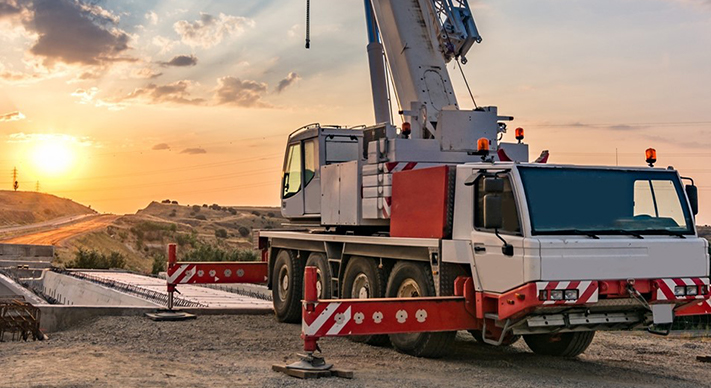 Custom Truck One Source and Nesco were competitors in the specialty rental equipment market, which serves many expected growth sectors.

But with multiple stakeholders and concerns to satisfy, Platinum Equity Managing Director David Glatt said recently that it took more than a year to structure and close the transaction.

“Typically you’re negotiating with one party on either side, and there’s give and take on certain things, and you’re trying to satisfy one party’s objectives,” Glatt said. “Here, there were multiple constituents involved. It was constantly going back and negotiating with one group, having to make sure the deal more broadly works for everyone. That takes more time to do.”

Announced in December, the merger became official in early April, creating a leading, one-stop specialty equipment provider that serves growing markets, which include the energy grid, infrastructure and rail. The continued rollout of 5G technology is also driving demand.

Custom Truck officially sold for $1.47 billion to Nesco. As part of the acquisition, Nesco rebranded to Custom Truck One Source, Inc., and the headquarters will remain in Kansas City. Platinum invested roughly $745 million in the company and will hold majority interest. CTOS co-founder Fred Ross is CEO of the combined company and the shares trade on the New York Stock Exchange under the ticker CTOS.

“We look forward to working with the management team to bring these companies together and to putting our playbook in action,” Platinum Equity Partner Louis Samson said when the deal closed. “We have a lot of experience in this industry and are excited about the opportunities ahead.”

There is optimism for the future with Ross calling the journey from family-started business to publicly traded company “surreal,” according to the Kansas City Business Journal.

But Glatt said it took creativity and patience to work with Blackstone Group and other minority shareholders to bring the deal to fruition.

“For the existing majority shareholders of Nesco to make a decision to go from owning 55% of a company to effectively 10% is a very hard decision,” Glatt said. “Our ability to leverage our knowledge of these assets and solid track record in the equipment sector along with our ops team, who identified significant synergies, we were able to convince existing NESCO shareholders and CTOS shareholders that this was an attractive transaction that provided an opportunity for significant upside for all parties.

“I think they ultimately came to the conclusion that having Platinum come in, make this investment, and lead the transaction to bring these businesses together and realize synergies, should put them in a much better position than where they were on a standalone basis.”

(Answers have been edited for clarity and length).

Platinum: Platinum invested successfully in Nesco previously, exiting the company in 2014. Why the continued interest in the sector?

Glatt: Anytime we own a business in a certain sector, we learn a lot about that sector, a lot about the competitors, a lot about what drives the industry more broadly. When we bought Nesco in 2011, we really became experts in transmission distribution market, which was Nesco’s primary focus at that time. The industry is a sector that we’ve continued to spend a lot of time studying, understanding the market opportunities and looking to capitalize on the knowledge base and experience we gathered through our Nesco ownership and reapply that to other and new portfolio companies.

Platinum: Were previous relationships helpful during the negotiating period?

Glatt: Our previous ownership with Nesco was very helpful here. It goes back to our rental experience and how we were able to leverage that knowledge when we initially pursued Custom Truck One Source (Platinum tried to acquire CTOS previously). We were able to move very quickly. We were able to utilize our rental know-how, our experience investing in these types of industries, our understanding of what levers you can pull to create operational value, how these businesses tick. We have a strong background on the primary-end market, which is transmission distribution and what’s going on with the energy grid and the investments that are happening there.

Platinum: Give us an idea of the scale you’re talking about here?

Glatt: We think the potential market opportunity could be a $30-billion market for Custom Truck One Source. That includes the rental and leasing side. That also includes the new equipment sales market, and the parts, tools, and accessories market, which is a newer business for Nesco that CTOS didn’t have. It creates a lot of potential and cross-selling opportunities for the business.

Platinum: President Biden has announced a $2 trillion infrastructure plan. Whenever there is talk of government infrastructure spending, there can be political opposition. Is there any trepidation with congressional gridlock?

Glatt: Infrastructure spending would only supercharge the growth that the company’s already been experiencing. Investment in the energy grid is something that’s been a focus for many, many years. The businesses, both Nesco and Custom Truck have been really growing significantly. The business plays to rail, plays to telecom and infrastructure. Behind our energy grid there’s been a lot of incidents lately, whether it’s Texas (the February cold snap) or California (rolling blackouts). There are many reasons why investment is now continuing to be a focus. There’s a lot of great things happening, and reasons why this business has been winning and will continue to win.