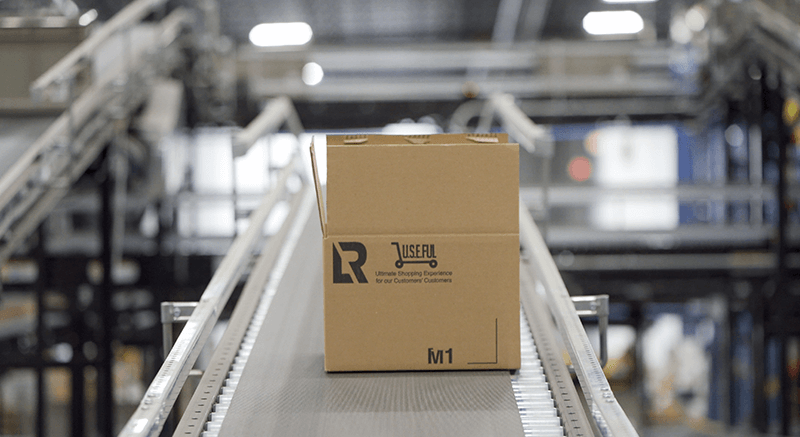 In trying to describe 2020, words do not come easy. Unforgettable does not cut it. Catastrophic does not consider the resilience shown by many during the trying year. But a new year brings a time for reflection.

The COVID-19 pandemic hit hard, wreaking economic havoc worldwide while upending all life sectors. The senseless killing of a Minneapolis black man forced the nation to undergo an uncomfortable conversation on racial inequality. Meanwhile, the country was undergoing a tumultuous election year which should have ended when Joe Biden was elected the 46th president.

It was also a year of hope. Ingenuity led to the rapid development of vaccines that offer hope that COVID-19 can be controlled. Many citizens adhered to safety protocols and businesses ably adjusted to stay-at-home orders, showing nimbleness to remain afloat. And countless businesses, nonprofits and community organizations found ways to pivot and pull together, using resources in creative ways.

Platinum Equity was among those who withstood the challenges, meeting the difficult landscape with perseverance, adaptability, and execution to deliver a landmark year.

The year provided many challenges, but the calendar year produced several milestones to add to the maturing firm‘s 25-year history. And in a year when private equity activity was impacted negatively by the pandemic, Platinum signed the firm‘s largest transaction ever, which was one of the largest in the industry in 2020.

It is a credit to the culture created by Tom Gores, the firm‘s founder and CEO.

“You never want the problems to completely remove opportunities moving forward,” Gores said. “That’s been our trick as a firm, to understand what’s going on and mitigate where necessary and pursue when timing is optimal. We cannot predict what’s going to happen in the future, but we’re going to adapt, this is a time to lead.”

The year started with Platinum announcing the close of its fifth global flagship fund with commitments totaling more than $10 billion. More than 250 investors from 30 countries committed capital to Fund V. The financial media took note with Pitchbook giving it fund of the year honors since it came during a year where private equity fundraising numbers fell.

Platinum portfolio company Vertiv lists on NYSE; deal worth $5.3B

Vertiv Holdings Co, a leading global provider of IT infrastructure offerings for data centers, communication networks and other large-scale IT facilities, merged with GS Acquisition Holdings Corp, and began trading on the New York Stock Exchange in February. Later in the month, Vertiv CEO Rob Johnson, backed by Platinum executives and the Vertiv management team, rang the opening bell. The transaction marked Platinum‘s largest divestiture to date and the culmination of a three-year transformation program following a carve out of the business from Emerson in 2016.

With the COVID-19 threat unfolding, the firm announced a call to action with four main priorities: protect the well-being of employees and families, ensure the continuity of business, mitigate the impact of the crisis on the firm‘s portfolio companies and pursue opportunities in the market. The pandemic forced creative thinking from the firm and the portcos, and employees company-wide adapted to the new normal, which included holding November‘s annual general meeting virtually.

With worldwide economic shutdowns in effect, Platinum was able to close on the purchase of Italian wine distributor Farnese Vini from NB Renaissance Partners. Deal team members had to exercise creativity in bringing the deal home and was further proof that the firm can be nimble and quick to adjust. Axios business editor Dan Primack noted the transaction‘s significance in his daily newsletter.

In May 1995, Tom Gores founded Platinum with $200,000 in seed capital and a vision to acquire undermanaged legacy technology assets and unlock value by applying disciplined operational improvements. In the 25 years since, the firm has evolved into a multibillion-dollar global investment firm with six offices, 300 investment professionals, $23 billion of assets under management, and a diverse, global portfolio of operating companies in a wide range of industries.

The killing of George Floyd in the custody of Minneapolis authorities and subsequent racial unrest forced a reckoning in the country, a reckoning that Gores met with a promise to leverage the Detroit Pistons as an instrument to address racial inequality, which led to several initiatives in the city of Detroit. The Pistons were one of the first NBA teams to make facilities available for voting officials in this crucial election year. The Henry Ford-Detroit Pistons Performance Center was used as a voting receiving center during the August primary and November general election in Michigan, Gores‘ home state.

Platinum delivered huge news toward the end of the year by signing an agreement to acquire Ingram Micro from a Shanghai-listed unit of Chinese conglomerate HNA Group. With $47 billion in annual revenue, Ingram Micro is the world‘s largest provider of technology logistics services and solutions. The $7.2 billion deal marks the largest transaction in Platinum history and was also one of the largest private equity deals of 2020. Partner Jacob Kotzubei said: “Ingram Micro‘s scale, diverse customer and vendor relationships and track record for innovation, create the perfect platform for us to help accelerate growth, both organically and through additional M&A.”

The firm and its portfolio companies pursued an aggressive strategy of growth through acquisitions throughout 2020, completing 18 add-ons during the year. Companies like United Site Services, Elevate Textiles, Orbit Irrigation and BlueCrest performed strategic additions that increased enterprise value. Continued growth through M&A is a strategy that will continue in 2021 and beyond.

Platinum‘s continued investment in the Asian market yielded results late in the year when the firm divested from Singapore-based Compart Systems, a supplier of high-precision, machined metal components including valves, fittings, sensors for a variety of industries. In the deal valued at nearly $400 million, it marked an impressive success story for Platinum‘s dedicated team in Singapore.

With the acquisition of apparel supplier Mad Engine in the final days of 2020, the Small Cap team M&A team capped off a year with five platform acquisitions the seventh since the $1.5 billion fund was announced in 2018.