Why a former Netflix executive joined the Deluxe leadership team 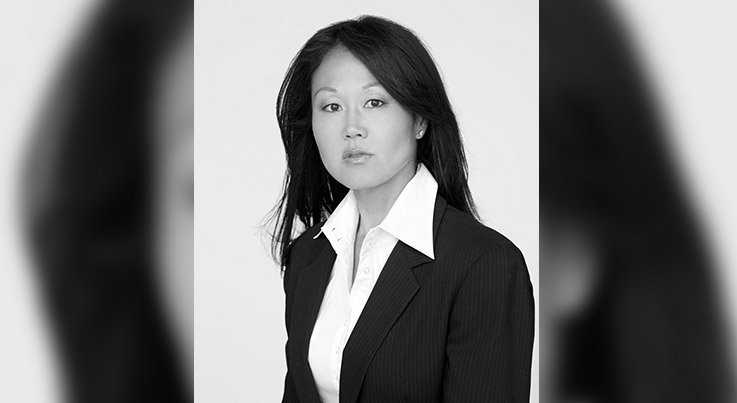 To deliver content to screens large and small, content creators and distributors rely on Deluxe, a leading media services company.

The company also plays a role in many other downstream efforts for entertainment companies, including the assistance of awards campaigns.

Called Showcase, the cloud-based platform is used to promote highly acclaimed awards-eligible content. Also used for live-streaming events, the platform launched in May when streaming and studio clients such as HBO and other major streaming platforms chose to use the service to host virtual screenings and press events for awards campaigns since COVID-19 protocols discouraged traditional in-person campaign methods.

Showcase furthers the Deluxe mission to provide cutting-edge and secure ways for media companies to reach audiences on any screen, in any format, in any language, anywhere in the world. The continued growth of the Showcase platform is a primary focus for Anna Lee, who was hired in October for the newly created role of chief strategy officer.

“We are evolving the Showcase platform to be more experiential as well as more robust to accommodate a larger number of users,” Lee said recently. “We are exploring other industries such as music streaming, the festival and concert space, and gaming as tangential vehicles for our platform capabilities.”

Lee spent 12 years at Netflix, a Deluxe client. She joined Netflix in 2008 as vice president, supply chain development, and would eventually oversee areas of content acquisition, global screenings and talent relations. During that time, she saw Netflix grow into one of the largest media companies in the world that fundamentally changed the way the consumers enjoy entertainment.

Lee joined Deluxe during the pandemic, which was inflicting economic losses to certain sectors of the media and entertainment landscape, like movie theaters. The impact was mitigated to some extent since Deluxe also provides services to over-the-top (OTT) clients like Netflix, which provides viewers access to movies or TV shows by sending the media directly through the Internet. Those clients saw viewership gains as consumers adhered to stay-at-home orders.

Platinum’s investment thesis anticipates an eventual return to normalcy with audiences flocking back to movie theaters. But the investment also looks to the future with an ever-growing lineup of content options across multiple platforms, which creates opportunities for growth. Lee was recruited to Deluxe as part of a strategy to reshape the management team under the leadership of Cyril Drabinsky, who left the company in 2016 and agreed to return as CEO under Platinum’s ownership.

Lee spoke with Platinum Equity recently on the challenging landscape. She expressed confidence that with technology solutions like Showcase, Deluxe is well positioned for future growth.

(Answers edited for clarity and length).

Lee:  While at Netflix, I would find myself in meetings with Deluxe contemplating the various opportunities for growth that would conceivably take the company to the next level. As an example, based on my experience with filmmakers and showrunners, I felt there was a need for a tailor-made localization program for content partners to level up their game in attracting and retaining talent.

(Media localization is the process to translate audiovisual content for all global markets. Think subtitles and dubbing).

Lee: Additionally, the Deluxe brand has a veneer to it because of its legacy in the film industry and exceptional work as a post-production and finishing house. From authoring, mastering, localization and distribution, Deluxe really owns every facet of the supply chain. I think this era of streaming services and emerging distribution models has really advanced to an exciting level and I feel like I could play a role in proliferating these competencies out into the marketplace and developing new opportunities and expanding existing ones.

Platinum: What is OTT?

Lee: It’s an acronym that stands for over-the-top which is a means of bypassing existing cable bundles or MVPDs (such as Comcast) to deliver and consume content over the Internet.
(MVPD stands for multichannel video programming distributor)

Platinum:  What do you bring to Deluxe? Why are you here?

Lee: I bring a different dimension of problem solving and creative thinking. I graduated from the (Wharton School of the University of Pennsylvania) where I really focused on the analytics, financials and the elements of empirical data and metrics that are critical components of any business. However, my first job after I graduated was in New York where I took an entry-level position at the Warner Music Group. It was during a period when the recording industry was at its peak. There I learned about the importance of talent relations and artist management … how to be strategic and nuanced in negotiating.

Lee: When you put those elements together – the analytical with the creative problem solving, I think that’s when something exciting can happen. There are mature businesses within Deluxe but there are also evolving ones. How do we leverage that? How do we seek opportunities in areas that may seem saturated or competitively challenging? For me, finding creative solutions to these problems means thinking and going beyond the normal course of action.

Platinum: Explain the potential of Showcase.

Lee: There is a hugely identifiable market for virtual live events that has been kicked into high gear because of the pandemic. From awards screenings to premieres, live concerts to film festivals, the need to view content by audiences is an inherent part of our industry. How can we be a part of that if this virtual screening scenario continues?

Lee: That’s an area I’ve kind of got a radar on – both looking at the landscape of opportunity in other markets as well as determining what our competitors are bringing to the table. If you look at the gaming industry, why can’t localization efforts be transferable from movie and TV content to games? We know that they’re going to need subtitles and dubbing on some of these big games as they expand into other international territories. A big game is like a blockbuster Marvel film with the potential to reach a global audience. Having conversations with these other ancillary businesses that are not necessarily linear to what Deluxe is doing right now is just really broadening the scope of possibility.

Lee: The studios are in a bit of a dilemma in figuring out how to monetize their content through streaming when they are accustomed to traditional distribution models. They’re correcting for that given the plethora of emerging streaming services that have since launched such as HBO Max and Disney+. The overarching challenge for the studios is how to take the legacy parts of the business, the theatrical side, the linear network side, and how to package that? I think that’s where Deluxe becomes a very interesting solution, because we can service every aspect of the supply chain.

Lee: For example, if Warner is planning a worldwide theatrical release, Deluxe can handle the creation of that digital cinema package. We can handle the localization (subtitling and dubbing) if it’s going to be an international release, and we can handle the distribution to as many theaters as are going to be open. The current pandemic has created challenges with theater closures, but as theatrical exhibition returns to its pre-COVID state, Deluxe will continue to be the industry leader in the cinema space.

Lee: Ultimately if the title debuts on HBO Max on the same date with the theatrical release, Deluxe is uniquely positioned to also handle the asset creation for the platform and re-purpose any localization already serviced for the theatrical release. Running the gamut across file creation, localization and everything in between is a multi-faceted competency that we need to be much more verbal about.

Platinum: In other words, business is not dependent on movie houses being open?

Lee: That’s right. We’re able to handle any type of format or distribution endpoint whether it goes out theatrically, whether it gets delivered to Netflix or whether it goes to a pay video on demand provider. The ability to have that level of nimbleness across a broad range of functionalities is a highly unique proposition that allows us to stand above and beyond the competition.

Platinum: A week does not go by without a report about the level of hurt that movie theaters are going through domestically but speak to international markets.

Lee: It’s been a difficult and challenging year for the domestic box office and exhibition space. Internationally it’s been a different story. In Japan, for example, they have 100% theater occupancy, where people are sitting next to each other. They recently put a movie out in the theaters in Tokyo that played 40 times a day and ended up being one of the biggest box office successes ever. In China, over the span of six days, the box office jumped to $1.2 billion with the title Detective Chinatown 3 setting global records for the biggest opening day ever in a single market. Hopefully this behavior is indicative of other markets, certainly overseas, but domestically as well.

Platinum: Since localization is a core part of the business, where do you see growth?

Lee: As subscription platforms continue to expand globally, the need for subtitles and dubs for English language content will continue to grow. The market for non-English original content is also growing. Netflix announced plans to invest $400 million in Indian content for local original productions while Disney+ recently announced its slate of upcoming non-English originals. Deluxe is extremely proficient in localizing content in over 60 languages. We have a pool of over 6,000 translators worldwide and can scale to service very high-volume jobs.

Platinum: What is the next frontier when it comes to streaming?

Lee: Streaming will continue to evolve not just in the volume and caliber of content but also in the audio and video fidelity. With people investing more in ultra-high-definition smart TVs, the ability to stream in 4K will be more meaningful as well as with emerging audio technology.

Lee: There’s going to be a growing popularity and escalation of local content that’s not necessarily in English. Netflix had a wildly popular original series called Money Heist, but Money Heist is a Spanish-language title known as La Casa de Papel, which caught fire in the U.S. Once it was translated to English, it became a real sensation for the platform and garnered over 65 million viewers worldwide. I think we’re going to see a real globalization of content. It’s going to be a great time for consumers.

Platinum: Have you been there long enough to get a sense of Platinum’s influence?

Lee: My sense of Platinum is that the company is extremely savvy and strategic, looking at companies that may be undervalued but have great potential for growth I think that they’re very engaged in this acquisition of Deluxe, which I think is an amazing testament to their commitment. Most times companies will acquire a company and then disappear. I think the level of involvement, of interest, of curiosity, of finding ways to grow and do this in a collaborative way has been very impressive and rewarding to me.